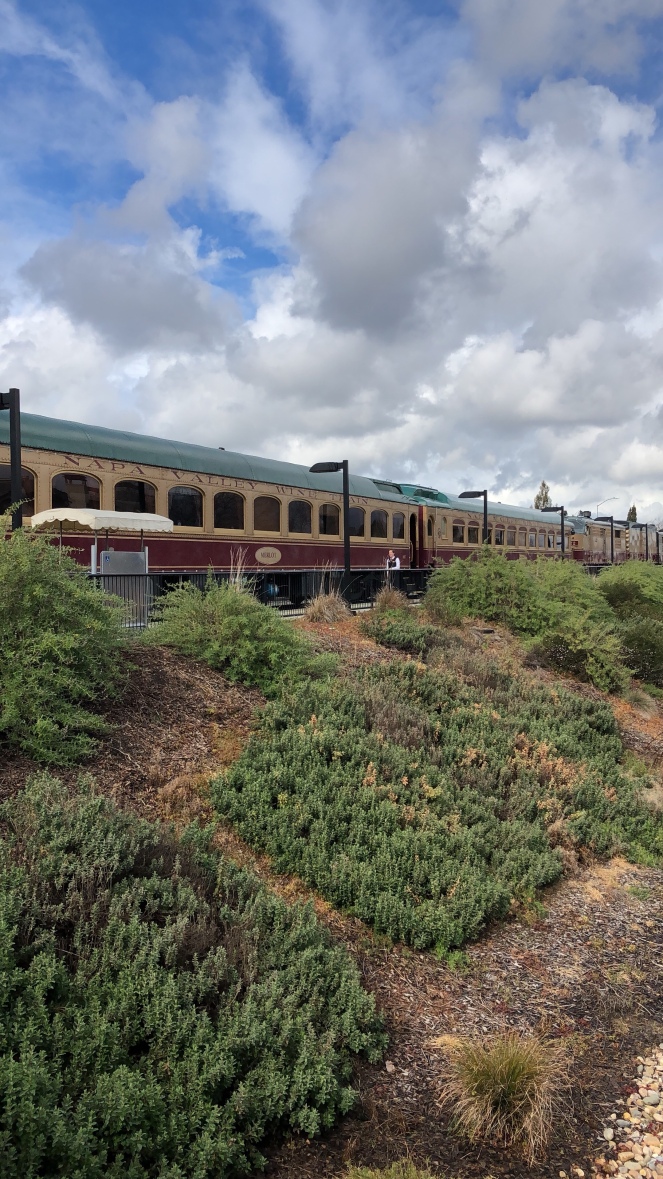 Hello all! Last weekend, my best friend had her bridal shower aboard the Napa Valley Wine Train, which was something neither of us had done before and it was so much fun. We woke up early, drove up to Napa, and made the train just in the nick of time! 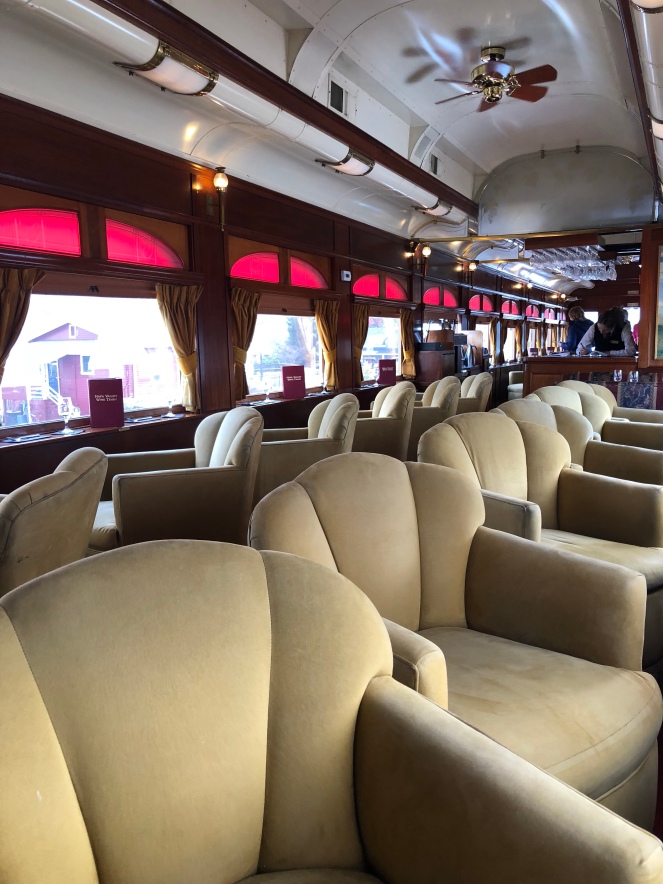 When we arrived in our designated train car, we were able to snag two tables because of the size of our party, but the seats also look super comfortable.When the train started, we were greeted with a complimentary glass of merlot or chardonnay, as well as an appetizer plate with various fruits, nuts, cheeses, and meats. We rode in the caboose, which almost always happens to me when I’m on a train! The rain was pouring outside, and it was so relaxing to sip on wine and watch the rain pour over the many fields of grape vines. 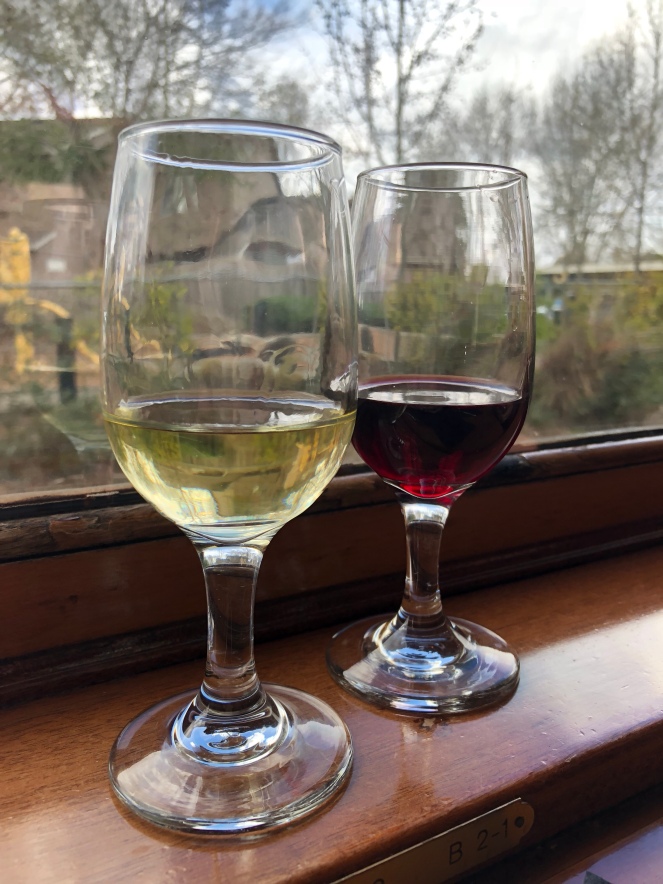 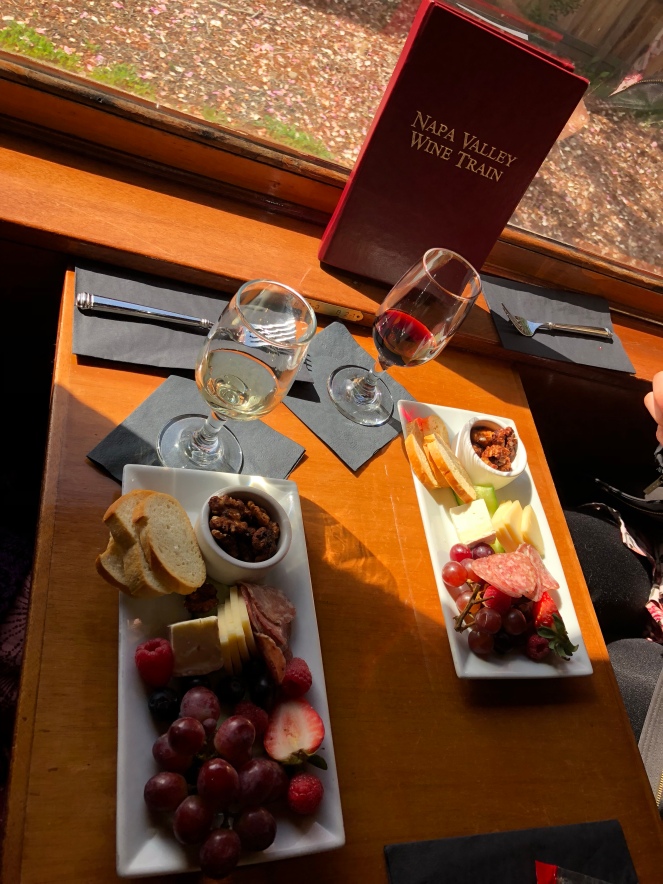 When we reached the end of the line, they moved us into our dining car, where we were served lunch. We had the soup of the day, which was a white bean soup, an entree – I chose the gemelli pasta, but for me, the dessert was by far the best part of the meal. I ordered a fume blanc and the chocolate torte. The chocolate torte came with raspberry sauce and pistachio butter, and it was ah-mazing. So. damn. GOOD. 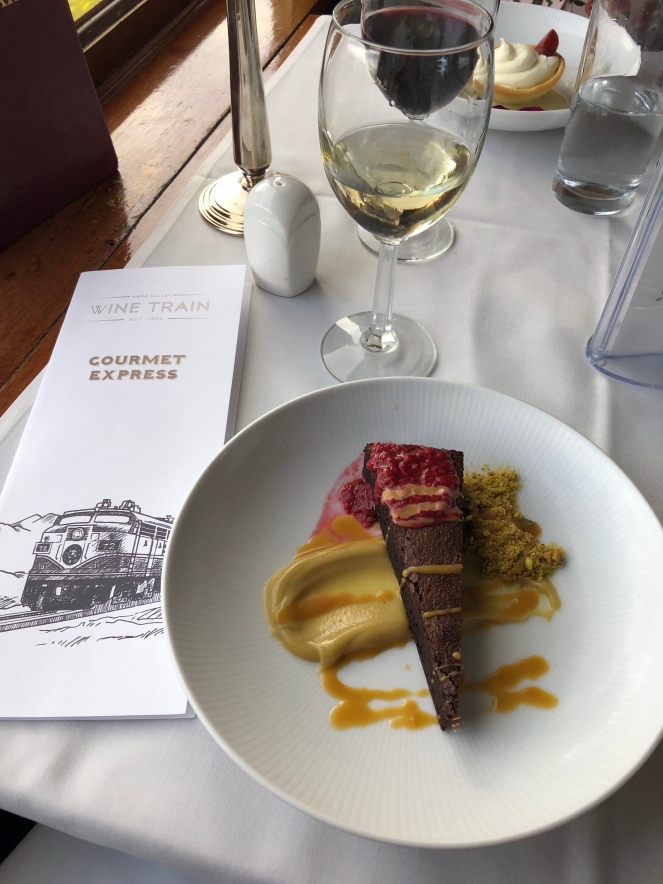 We ate as the train went back to the station, and I can say it was truly a new experience and I would love to go again, but maybe schedule a winery tour at the famous Castello di Amorosa (wine tasting at a castle? Count me in!) next time. 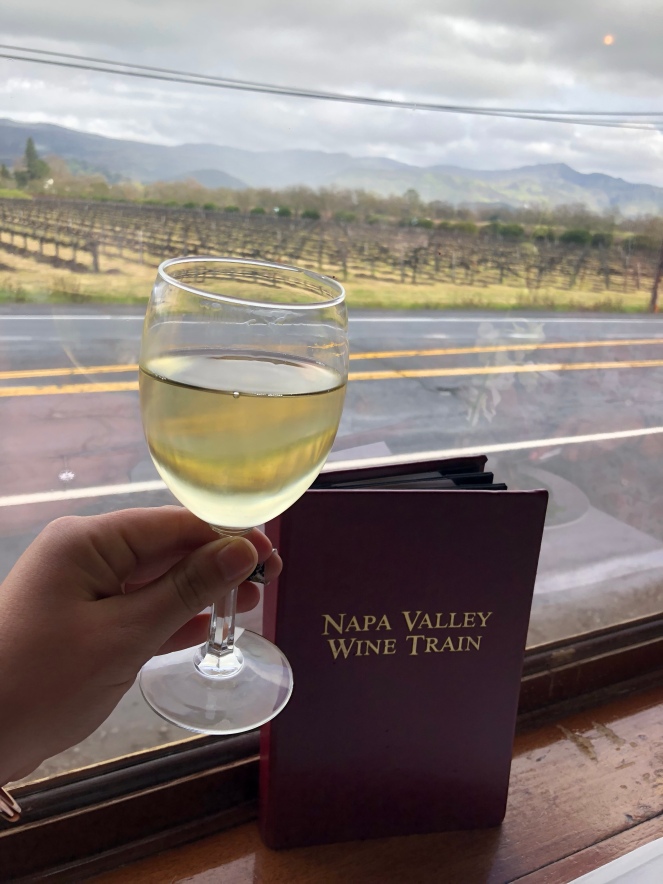 When we were done on the wine train, we stopped in to the Oxbow Public Market at my request – I wanted to surprise my fiance with a bottle of brandy from Napa Valley Distillery. There is so much more to look at in the market, but we had limited time as we drove all the way back to Santa Cruz afterward. It was such a fun day, and I look forward to my next trip to wine country! 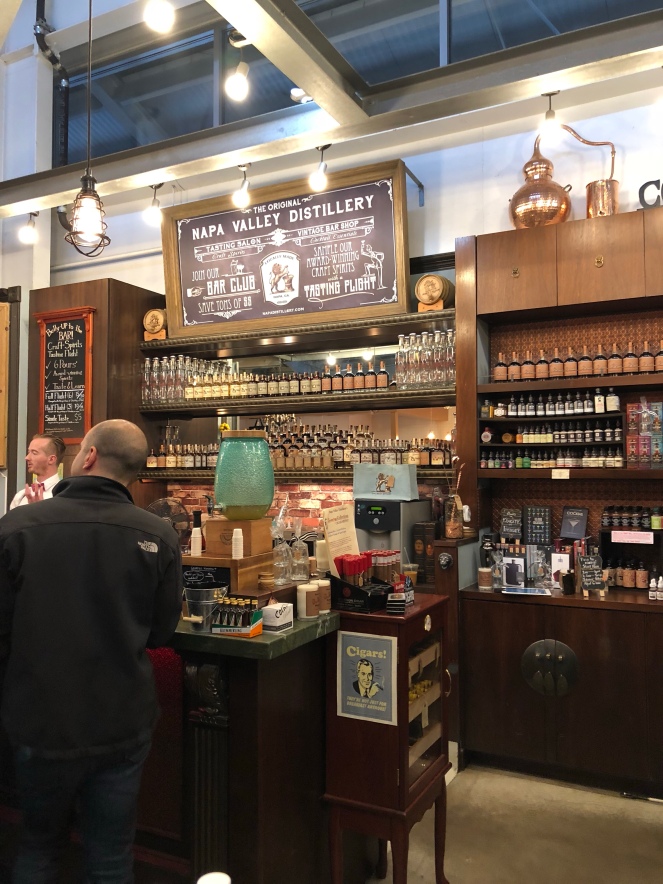 What’s your favorite wine? Tell me in a comment below!

One thought on “Wine Train {Adventure}”